Labor day while being a celebration of the workforce also has been seen as the traditional end of summer. If you have been in Arizona for all of August and into September this year I think the end of summer is going to be a big relief.

I’ll be celebrating Labor day in the most appropriate way possible. By working. I am sitting an open house this afternoon in beautiful Cactus Acres.

This morning I was in Paradise Valley with my family and we were at my favorite Starbucks in the entire Phoenix area inside the Camelback Inn.

In the lobby I snapped this picture with my iPhone. 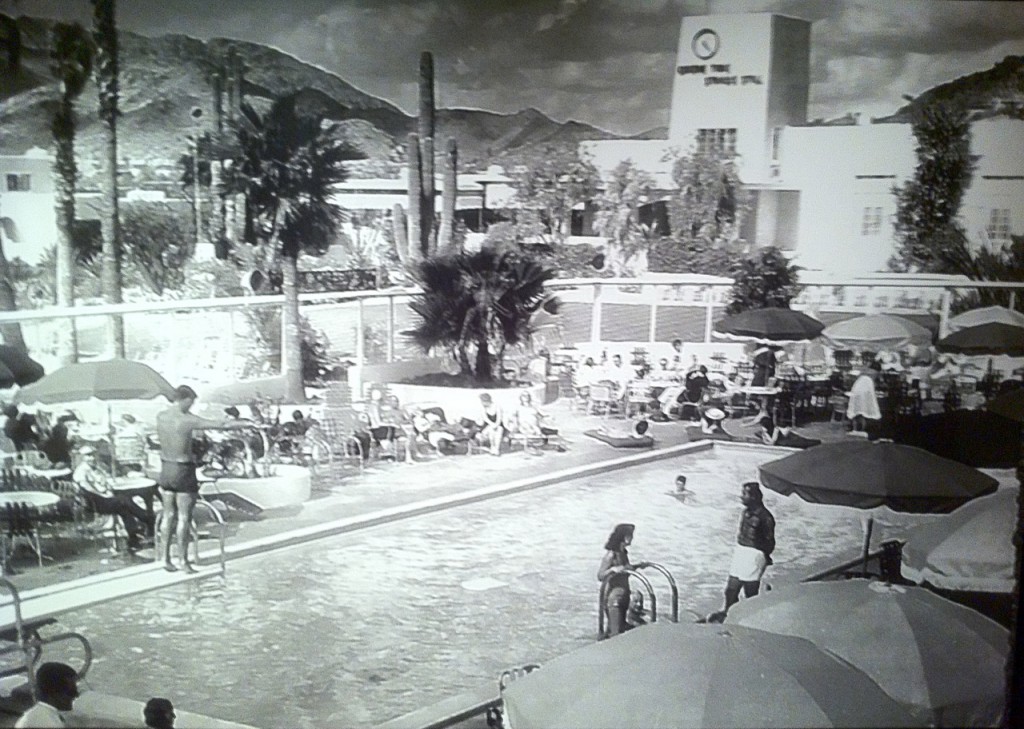 What a great picture. Taken in 1940 at a time when Phoenix was barely settled and movie stars came from Hollywood to the resort to relax in the peaceful solitude. This picture hangs today just outside the lobby. Paradise Valley wouldn’t come in to existence until 1961. A great history of the Town of Paradise Valley.

At the time in 1940 as guests sipped margarita’s at the pool surrounded by movie stars no one could of imagined that this area would one day be the epicenter of the 5th largest metropolis in the United States. A different time. But even today Camelback Inn still has an old world feel and charm. The pool in the picture has long been filled in and relocated. But the clock remains. And the slogan, “Where Time Stands Still.” is more poignant than it ever was.

After my open house it will be back to American traditions because we’ll be grilling hamburgers in the yard and swimming. Just like it was the last day of summer back in the east coast, only difference it’s still 110° here.